I hope that you, your families and colleagues are all well and that you are taking the appropriate safeguards to protect yourselves.

In view of the rapidly changing situation regarding COVID-19 I would like to reassure you that business at DK Group continues as usual.

We are complying with all guidance and advice issued by Governments and are monitoring daily developments closely. Our business continuity plans are now in action to ensure the least possible disruption in service to our customers whilst ensuring the wellbeing of our teams, their families and the wider community.

We have a diverse Group of businesses and each is adopting the approach best suited to their industry, site and specific requirements, whilst complying with all best practice requirements.  However, consistent approaches across all sites are as follows

We will continue to monitor the situation closely and will update you with any further changes we make to our approach.,

DK Group Investments (“DK Group”) and GE Door Solutions (“GE Doors”) are delighted to announce that DK Group has acquired an initial 75% stake in the GE Doors business ( including the subsidiaries GE Door Manufacturing and GE Carpentry Services) for an undisclosed sum. The remaining 25% will be acquired over the following 4 years.
GE Doors based in Maesteg, South Wales, was founded by its Chairman Gary Evans in 1999 and has established itself as a leading player in the manufacture of commercial doorsets. It now has annual sales in excess of £8m .In addition, it has a rapidly growing in house Ironmongery operation offering clients certified doorsets inclusive of all the associated ironmongery.

GE Doors has over 85,000 sq ft of manufacturing space,and 66 employees, utilising the latest technology for manufacturing and finishing of doors, doorsets and timber screens. It operates across a broad range of sectors, including health, education, mental health, commercial and residential, and is leading the way in terms of offering its own comprehensive fire certification. GE Doors primarily operates across, Wales, the South West and the Midlands, and recently expanded nationally supporting key customers serviced by its own fleet of delivery vehicles.

DK Group, a family owned business, has been trading since the early 1980’s with activities across a range of industrial sectors. In recent years it has continued to develop its portfolio of activities through further investment and acquisitions. Its aim is to create a group of entrepreneurial, empowered businesses that operate independently within a clear reporting structure and a strong corporate governance framework.

DK Group believe that GE is the ideal business to complement its existing portfolio and that GE Doors will benefit from the long term investment perspective of a family owned company.
GE Doors will continue to be managed by its existing executive team led by Jason Pincombe as Managing Director. Gary Evans will continue as a Director and have an ongoing role in the business. DK directors Kevin Higginson and Richard Cookman will also join the GE Board.

Gary Evans and Jason Pincombe commented:
“DK Group, as a family owned business, shares the GE Doors business philosophy, and by joining forces, we will be creating a platform for continued growth for both GE Doors and DK Group. We look forward to working with Kevin Higginson and his team,”

Kevin Higginson, CEO of DK Group Investments said:
“I am thrilled to welcome Gary, Jason and the entire GE Doors team to the DK Group and its family of businesses. We are excited by the opportunities available to GE Doors to continue its strong growth in the UK specialist doors market. We look forward to working with and investing in the GE Doors business, to make the most of these opportunities.”
DK Group continues to seek further value enhancing acquisition opportunities into which to invest its current cash resources, across a broad range of industrial sectors.

DK Group have announced the appointment of Richard Cookman as its Group Finance Director. 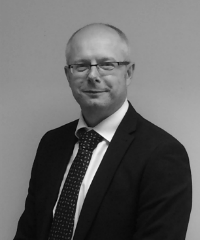 Richard qualified as a chartered accountant with a leading accounting and consultancy firm, before moving into industry.

He brings extensive experience to the Group, having worked as the Group Financial Controller for a biotechnology company and a Divisional Finance Director for a FTSE listed building and engineering products supplier.

“I am very pleased that Richard has joined DK Group and I am looking forward to working with him.”

“I am delighted to be joining DK Group at such an exciting time in the Group’s development. I am very much looking forward to working with Kevin and the rest of the senior management team to build on the group’s success and in driving DK Group forward.”

The logistics industry must do more to attract top talent if it is to capitalise on the ways in which global supply chains are being reshaped by the online retail revolution, says Mark Elward, managing director of MIdlands-based, DK Fulfilment. 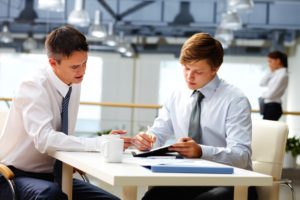 Following June’s Brexit referendum, one of the greatest concerns for employers in the logistics sector is how to fill warehouse staff vacancies if, or when, the changes to freedom of movement that the UK electorate voted for are implemented.

At present, over two million EU citizens live and work in Britain. Many of them help to alleviate skills shortages in areas such as IT and engineering while others undertake much of the lower-paid work in the UK jobs market.

British logistics businesses must be able to get the people they need to fill the jobs available and it is important that the logistics industry works with the Government to ensure that any future system introduced to allow foreign workers to be employed does not lead to a hike in hiring costs and a plethora of red tape.

It has been estimated that currently some 10 – 15 per cent of the permanent warehouse staff working in the supply chain sector are non-UK nationals and, at peak times, when temporary employees augment the workforce, as many as 20 per cent of the UK logistics industry’s picking and packing staff are said to be from overseas.

From conversations that I’ve had and other anecdotal evidence, it’s clear that staff agencies are anxious about the impact that Brexit will have on access to full-time and temporary workers.

Given that the logistics industry is already faced with skills shortages in key areas, this has to be an area of concern for companies operating in the sector – and, indeed, the users of 3PL services.

The cost of hiring and training an entirely indigenous workforce would inevitably lead some logistics service providers to raise their fees to cover the increase in wages that they will be forced to pay in an effort to attract and retain the best staff should access to European workers be denied them.

But, long before anyone had even heard the word ‘Brexit’, the logistics industry has struggled to attract the top talent from all corners of society and there is no doubt in my mind that the sector is being held back by its image as an industry that, at management level, is dominated by white, middle-aged, conservative (with a small ‘c’) men.

For example, a recent survey undertaken by a leading trade journal in the industry showed that only one of the country’s Top 100 logistics firms has three or more women serving on its main board. The same research revealed that women are entirely absent from the boardrooms of the overwhelming majority of the UK’s leading 3PLs. Every company in the FTSE 100 has a woman on its board.

And graduates and our brightest school leavers are rarely encouraged to choose logistics as a career path after completing their studies. This is, in part, a consequence of the supply chain industry’s relationship with the nation’s Universities and other educational establishments which has not been good for many years. However, with technological advances driving demand for a more academic workforce across all sectors, the way that logistics companies interact with the education system has to improve if we are to recruit the calibre of future employees we need.

Sadly, the recent widespread media coverage of the allegations of poor workplace practice at some high profile retailers’ distribution centres and recent stories of warehouse staff receiving less than the minimum wage is only likely to exacerbate the problem by making logistics firms appear unattractive employers.

Many people who read the negative coverage that the sector has been getting will doubtless see logistics as a low-skilled industry associated with hard, poorly-paid work, when, in truth, the reality is quite the opposite.

It is vital that every company operating in the sector strives to promote this positive message. Failing to do so risks the industry’s ability to capitalise on the opportunities presented by the ways in which global supply chains are being reshaped to keep pace with the online retail revolution and the seismic shift in the way today’s consumer buys and sells everything from soap powder to jet engines.

DK Group Investments is delighted to announce that is has acquired Lemonpath, a leading operator in the contract packing and logistics sectors.

Lemonpath provides contract packing and logistics services to a wide ranging customer base, operating in sectors including, fashion, food, retail, gift, garden, print, point of sale, DIY and wholesale. They have c.300,000 sq. ft. at two principal facilities at Syston near Leicester and Loughborough.

Lemonpath has very successfully grown revenues and profits over the last ten years by providing consistently outstanding service levels to its customers.

Chris Antliff, the founder and former owner of Lemonpath will remain as Managing Director of Lemonpath and will join the DK Group senior management team (SMT). As with all the members of the SMT, Chris will also have responsibilities across the wider group.

Chris commented: “DK Group, as a family owned business, shares the Lemonpath philosophy of outstanding customer service. By joining forces with DK, we will be creating a platform for growth for both Lemonpath and DK”.

“I am delighted to welcome Chris and the Lemonpath team to the DK Group. Chris has been hugely successful in growing Lemonpath over the last ten years. The DK senior management team are now looking forward to working with Chris to drive the DK Group growth strategy forward over the coming years”.

The enlarged DK Group is a leading player in the, Auto Logistics, Contract Packing and Fulfilment and Packaging sectors. It will have revenues well in excess of £45m, with over 600 employees, up to 400 agency staff at times of peak demand, and occupies facilities in excess of 1million sq. ft., across 10 sites, in the UK and Germany.